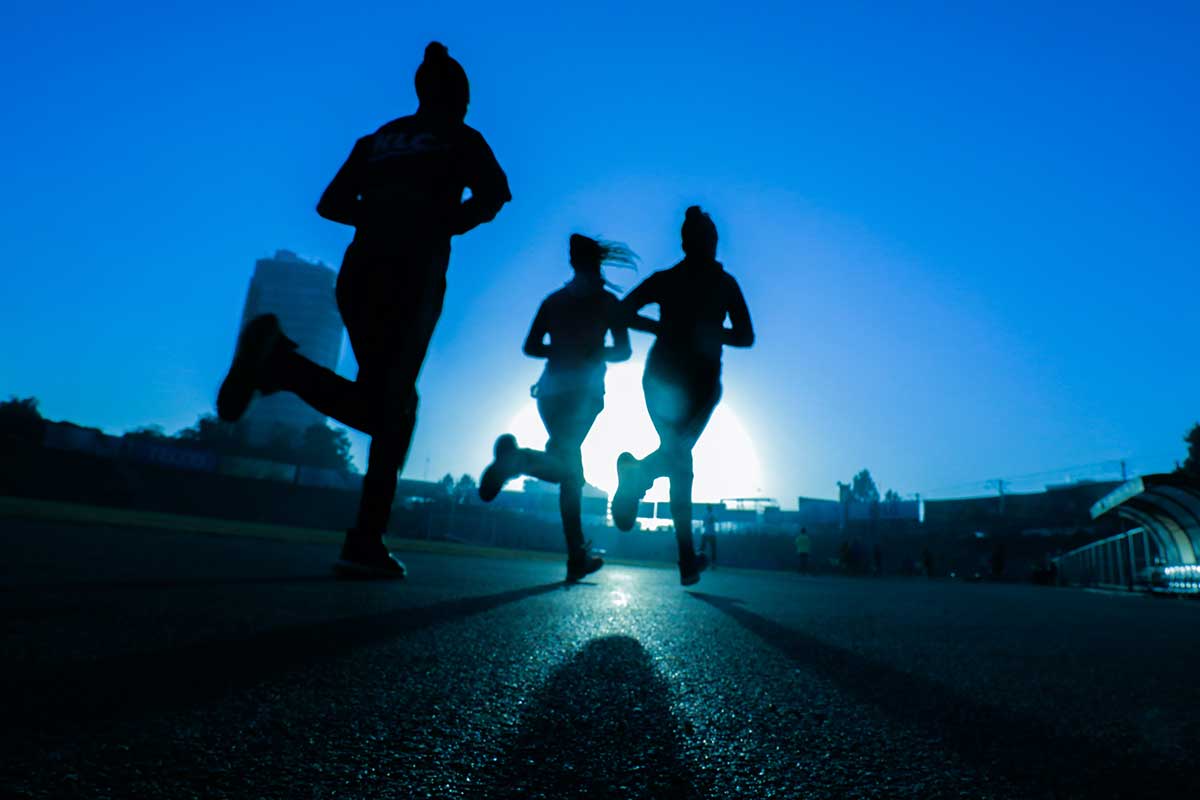 Running is one of the most popular sports and can be done by anyone. This sport also has many benefits for the body, some of which can increase the body’s metabolism and help the weight loss process. Actually, in the world of sports, there are various kinds of running that you can learn. Not only the various types but also the techniques and rules that every athlete or sports player needs to know. So, to get to know more about running, make sure you listen to the information below until it’s finished!

Actually, these kinds of running are included in short-distance running. However, because the running distance is very short, which is 100 meters, sprint running is sometimes separated from short-distance running. The rules are the same as running short distances, the difference is the use of stamina or energy and the breath needed. Because the running distance is very short, runners will not require as much energy as in other types of running.

Because of the short distance, runners must maximize their strength in order to run fast. In addition, the starting technique used by the runner also determines the runner’s victory. Unlike long-distance running which has a longer track, short-distance running does not require runners to adjust their energy before reaching the finish line. However, what short-distance runners need to pay attention to is the frequency of steps taken. Runners must also pay attention to three stages, namely drive (push), acceleration (acceleration), and reaction (reaction).

Middle-distance running is one of the types of running that has a longer track than short-distance running. The distance that runners need to cover in this running sport is between 800 meters to 1500 meters. Another difference is in the technique of setting the foot on the track surface called the ball hell ball. This technique requires the peari to place the foot resting on the heel while resisting the tread using the toe. As for the start position can be done while standing.

There are several tips that you can apply when doing middle-distance running. Among them:

That’s the explanation of middle-distance running. Always remember to exercise step control so as not to overexert yourself before approaching the finish line.

Because it has a long distance, it is not uncommon for people to be challenged to participate in this sport. However, not infrequently this run causes them to feel tired, tired, and dehydrated, especially if their stamina is not good. There are also types of running that resemble marathon running, such as cross-country running which has a longer distance. Both marathons and cross country are usually conducted outside the stadium except for the start and finish. This is because the distance is far so it is not possible to do it in a stadium with a limited capacity.

Here are some things to consider when participating in a marathon:

The farther the distance, the lower the knee movement and the shorter the steps. That way runners will not get tired easily and are able to survive until the finish line.

Relay running is one of the kinds of running that is often contested in various sporting events. Included in athletics, relay running is often referred to as continuous running that involves one team. Each team usually consists of four runners who run in succession while carrying a baton to be handed over to the next runner. The relay running distance itself is usually 100 meters to 400 meters. In total, the running distance that the runners need to cover is 4 x 100 meters or 4 x 400 meters.

The way this relay sport works is that the first runner starts at the finish line while carrying a stick. Then he goes to the next runner who will run after receiving the stick from the previous runner. And so on until the stick is in the hands of the fourth runner and reaches the finish line. Keep in mind that there are rules for giving sticks, for example, sticks must be given to the next runner within a certain distance, which is in the 20-meter zone.

The things that need to be considered when doing relay running are:

Talking about stick-passing techniques, there are two techniques that relay runners can choose from. Among them:

Make sure that during the process of giving the baton, the runner must use a high speed so that the recipient can run immediately. Also, make sure the baton is given according to the applicable regulations to avoid disqualification.

One more type of running that you need to know, namely hurdling or also known as an obstacle race. This type of running has a distance of 3000 meters accompanied by various obstacles that must be passed by the runners. Obstacles in hurdling can be in the form of a hurdle or a water jump with the goal placed in front of it (water jump).

To overcome water jump obstacles, runners need to maximize their speed so that they can go more powerfully when jumping over water obstacles. Conversely, if the speed is not maximal, the jump will not be far and as a result, the runner will land in the water and prevented him from advancing to the next obstacle. When participating in hurdling, runners need to have strong stamina and high focus so that they are able to overcome various obstacles prepared by the organizers.